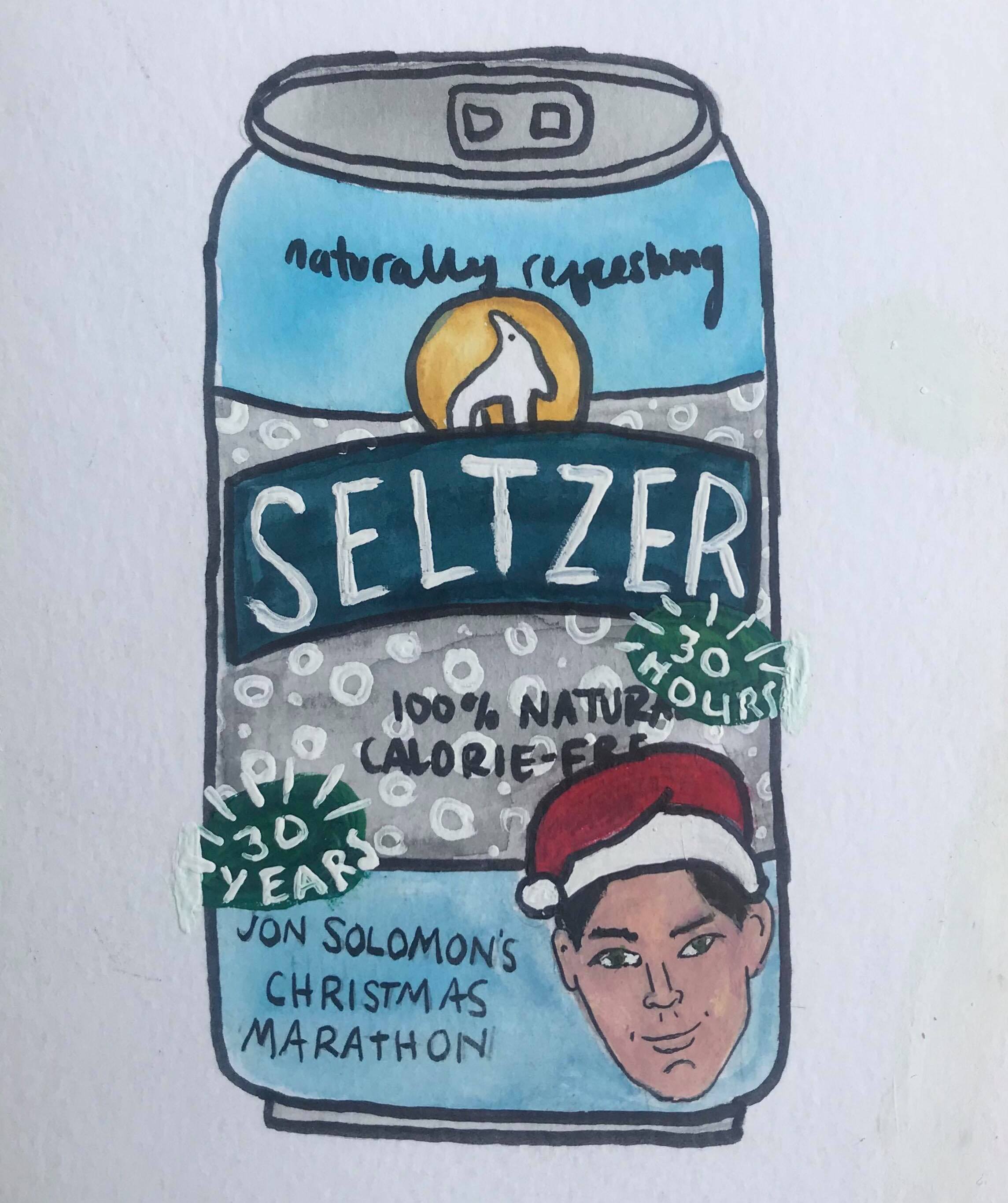 A cavalcade of never-before-played pieces and original stories/songs recorded specifically for the program are in store come Christmas Eve 2018, not to mention all your past favorites.

The All-Ramones-inspired set at 12:34 am ET sharp! The all-Misfits-inspired set at 1:38 pm ET! The All-Fall and All-Joel RL Phelps Xmas sets down the stretch! Snaildartha: The Story of Jerry The Christmas Snail! Lindstrom’s 40:00+ Little Drummer Boy! The Sonics, The Wailers, and The Galaxies plus other traditions within the tradition.

If you would like to make requests or send submissions, by all means get in touch.

Advance notice for each story should occur in two of those social locations and on the invite for the marathon.

Don’t forget to use the hashtag #wprbxmas!

The webcam and Live Listener Chat are embedded below. Click to open in a new window.

In support of the his new record “Midtown Tilt,” (ShhPuma) Nick Millevoi makes a return appearance on WPRB this week.

While the album is the latest for Nick Millevoi’s Desertion Trio, this time with Jamie Saft accompanying the group on organ, Millevoi will be joined for a guitar / bass collaboration by Ben Rosen.

This performance shall debut on Jon Solomon’s show this Wednesday, January 31st at 6:00 pm ET.

Then on Thursday, Millevoi celebrates his album’s release with a full band set at Johnny Brenda’s, supported by harpist Brandee Younger.

Guitarist Nick Millevoi’s (Chris Forsyth and the Solar Motel Band, John Zorn’s Bagatelles) Desertion project has created its second opus, Midtown Tilt. Now using the title Desertion Trio, the band features Johnny DeBlase (Many Arms, Sabbath Assembly) on bass, and Kevin Shea (Mostly Other People Do The Killing, Talibam!) at the drumkit, and follows 2016’s Desertion by also featuring guest Jamie Saft (Electric Masada, The New Standard Trio with and without Iggy Pop) on the organ. Vibraphonist and percussionist Ashley Tini joins on three tracks.
Much like Desertion, the formula for Midtown Tilt continues to follow an instrumental country-folkrock mix with elements from jazz, as we would expect from these musicians. The musicians improvise as if their lives depend on it, but also evoke an imagery that takes listeners through the history of instrumental electric guitar music. Inspired by the town of Wildwood, NJ and the anachronistic clash of re-imagined cultures seen in its motels and amusements, Midtown Tilt is an amalgamation of jazz, psychedelic blues, surf music, and country rock instrumentals, often reminding us of Neil Young’s Crazy Horse scoring a western. Through Saft’s organ, something else is added: traces of the rhythm and blues played by Booker T. & The M.G.’s and of the blues-rock of bands like The Spencer Davis Group, Traffic and Blind Faith. The mix is explosive. 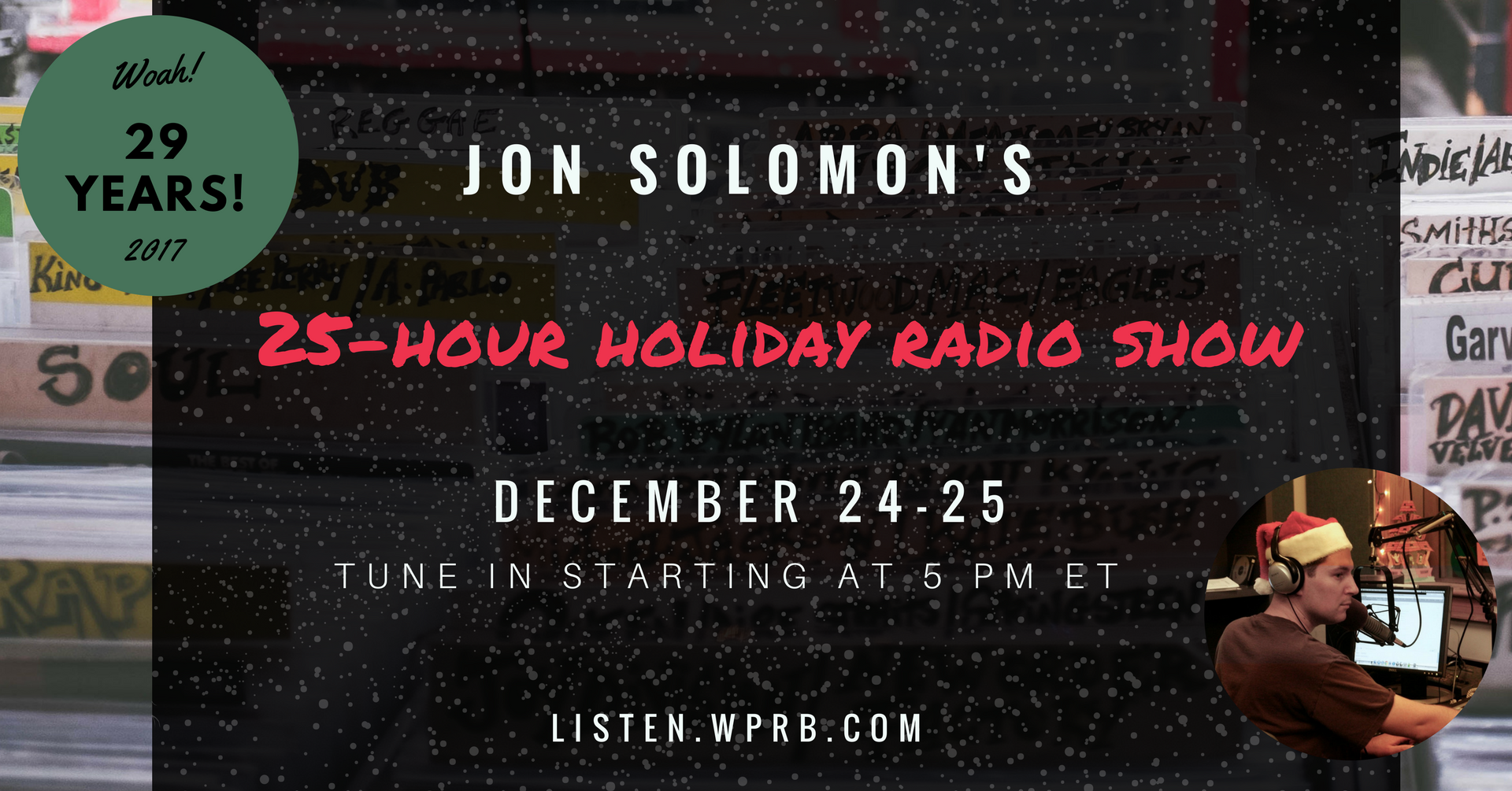 Jon Solomon’s 29th-annual edition of the Holiday Radio Show! A 25-hour program for the fifth straight year, only on 103.3 fm WPRB!

A cavalcade of never-before-played pieces and original stories/songs recorded specifically for the program are in store come Christmas Eve 2017, plus all your past favorites.

If you would like to make some requests, by all means get in touch.

Advance notice for each story should occur in two of those social locations and on the invite for the marathon.

Don’t forget to use the hashtag #wprbxmas!

The webcam and Live Listener Chat are below. 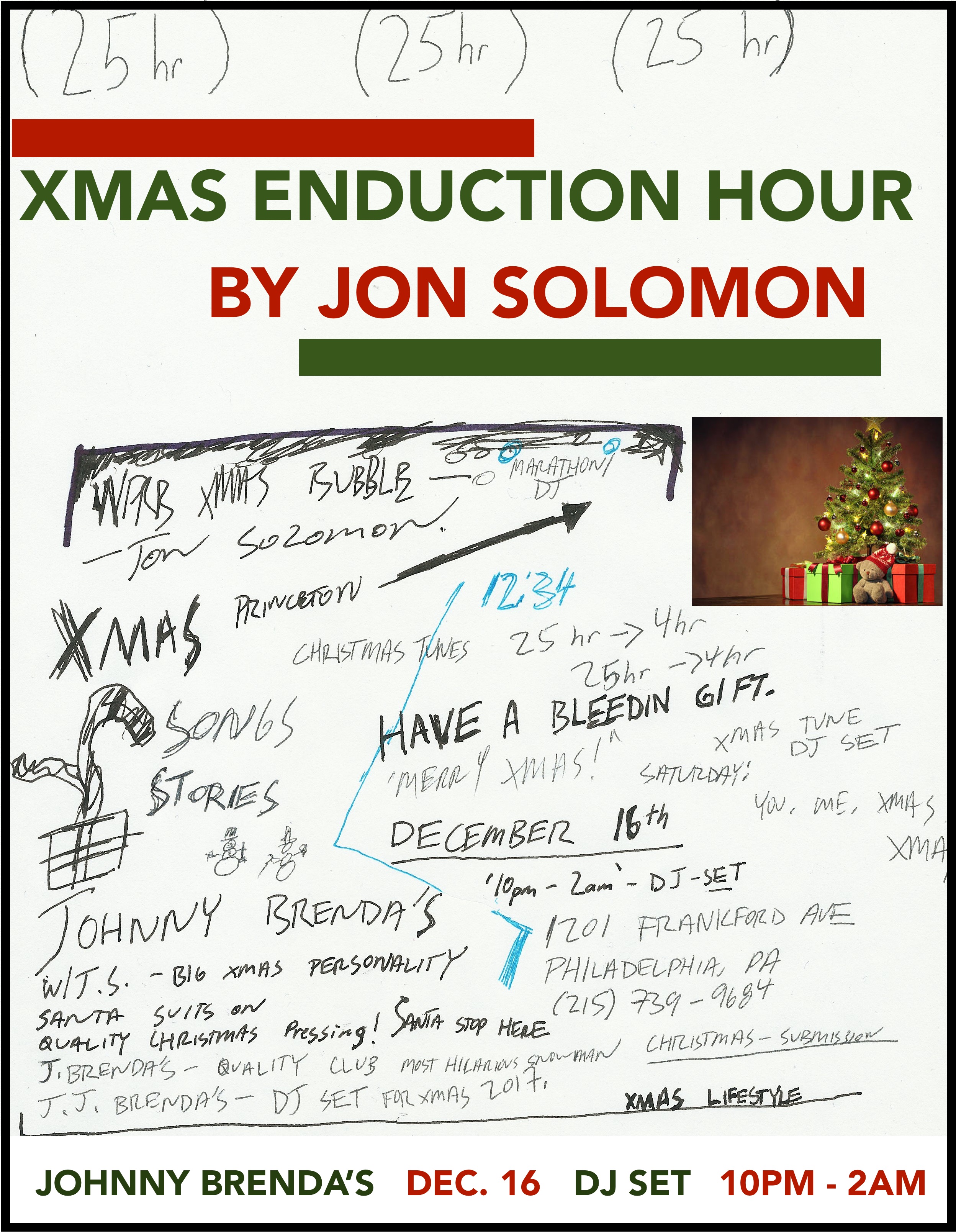 You and yours are also cordially invited to join Jon Solomon downstairs at Johnny Brenda’s in Philadelphia on Saturday, December 16th from 10:00 pm ET -> 2:00 am ET for a preview of this year’s marathon. Free to attend, 21+.

It is an hour of conversation and music, combining discussion about Molina’s life with selections from both the Songs: Ohia and Magnolia Electric Co. catalogues.

Here’s a few words about Osmon’s superb book from the publisher, plus a song from a Songs: Ohia single recorded just down the road in Philadelphia.

Erin Osmon presents a detailed, human account of the Rust Belt–born musician Jason Molina—a visionary, prolific, and at times cantankerous singer-songwriter with an autodidactic style that captivated his devoted fans. The songwriting giant behind the bands Songs: Ohia and Magnolia Electric Co. had a knack for spinning tales, from the many personal myths he cultivated throughout his life to the poems and ballads he penned and performed. As with too many great musicians, Molina’s complicated relationship with the truth, combined with a secretive relationship with the bottle, ultimately claimed his life.

Jason Molina: Riding with the Ghost details Molina’s personal trials and triumphs and reveals for the first time the true story of Molina’s last months and works, including an unpublished album unknown to many of his fans. Offering unfettered access to the mind and artistry of Molina through exclusive interviews with family, friends, and collaborators, the book also explores the Midwest music underground and the development of Bloomington, Indiana–based label Secretly Canadian.

As the first authorized and detailed account of this prolific songwriter and self-mythologizer, Jason Molina provides readers with unparalleled insight into Molina’s tormented life and the fascinating Midwest musical underground that birthed him. It’s a story for the ages that speaks volumes to the triumphs and trials of the artistic spirit while exploring the meaningful music that Molina’s creative genius left behind.

For the third time this month, Jon Solomon welcomes a live band to his Wednesday evening program. This time out terrifically melodic / impressively abrasive Philadelphia trio Psychic Teens stop by WPRB to perform. They’ll be playing songs from their new 12″ titled “Hex,” available on either yellow or green vinyl via Hex Records.

Hear the record in advance below.

That will make it easier to sing along when the Psychic Teens session premieres at 6:00 pm ET on June 28th.

Hey, gang. Jon Solomon here. In a year full of terrific long jammers, the self-titled Castle Face debut by New York’s Sunwatchers stood out as one of my favorite records in 2016.

I’m delighted to welcome’m to WPRB for a live session, which will premiere at 6:00 pm ET on Wednesday, June 21st. The band will be playing a set loaded with previously unreleased material.

If this description of Sunwatchers doesn’t get you excited for Wednesday night, there may be no help for ya.

“Hard to pin down, harder to hold onto. Bent circuit board snake charmers unfurl across hexagonal grids. A seemingly familiar sound but then you realize you have your ear pressed against a reflection. Sunwatchers are a distorted prism to so many past greats. Reminiscent of Ethiopiques, John Handy Band, Terry Riley, Art Ensemble meets Laddio Bolocko…Forever swirling saxophone blended belly to belly with elastic guitar and tin foil thin phin (a thai instrument not unlike an electrified tenor guitar or sitar). A whirlpool of repetitious interpretations. Militaristic marches ascend into meditations. These songs map out great pyramids and deep buried labyrinths. They are massive. They are leviathans.”

You can see Sunwatchers later that same evening in Philadelphia at PhilaMOCA as part of a killer bill with Feral Ohms, Honey and Writhing Squares!

After several weeks away from the airwaves, Jon Solomon returns to WPRB this Wednesday night in his new 5-8 pm ET time slot.

He’ll be joined by Bay Area truewave duo Street Eaters for a killer live session, highlighting songs off their latest full-length “The Envoy,” which is also streaming below.

For WPRB listeners overseas, Street Eaters are touring Europe into July 2017. See their site for dates. The Street Eaters live session is slated to air at 6:00 pm ET on Wednesday, June 7th.

One of music’s great, distinctive voices shall be heard on WPRB this Wednesday night at 8:00 pm ET when the remarkable Thalia Zedek joins Jon Solomon on his program for a live session.

Prior to Wednesday’s broadcast, listen to “Eve” in full below.

On Friday, September 16 and Saturday the 17th, 40+ truly independent bands from all over North America – groups such as Screaming Females, Ought, Radiator Hospital, California X, Fake Limbs, Downtown Boys and Rye Coalition – will unite for a one-time only all-ages event that is not beholden to any major labels or corporate interests.

Don Giovanni founder, proud New Jerseyan and former WPRB DJ Joe Steinhart will be calling in to Jon Solomon’s show on Wednesday, September 14th at 8:00 pm ET to talk about this incredible undertaking and to play music from a cross-section of acts that will be performing. They’ll be giving away a pair of tickets to each day’s show too!